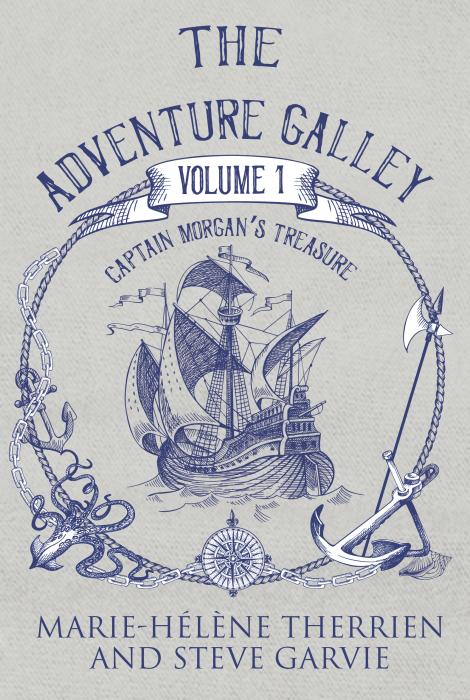 In 1674, Captain Kidd aboard the Adventure Galley, narrowly escaped the attack of Captain Henry Morgan, a privateer who returned to the Caribbean after a few years of captivity in England, at the request of the Queen of Spain, for storming Panama City with more than 1,000 men. Henry Morgan, a poor navigator but an excellent strategist, had a reputation for being the cruelest pirate of his time, but Charles II, King of England, nevertheless decided to appoint him a knight.

Henry Morgan plundered many treasures, but mutineers will steal the most precious he has ever possessed.

This novel, based on real events, evokes Captains Kidd and Morgan's lives, leading readers on a hectic adventure.

ABOUT MARIE-HELENE THERRIEN AND STEVE GARVIE

Marie-Hélène Therrien holds a bachelor's degree and a master's degree in French Literature and Creative Writing. She published La constellation de Cassiopée, a novel, and an essay on Simone de Beauvoir as part of her master's thesis. She also studied journalism, history and cinema. She has translated twenty-three books from English to French and was a radio host on CHYZ 94.3 FM for the show Le réverbère retentissant. She has written a literary column in the Autour de l'île newspaper since 2000.

Steve Garvie is the owner of Epoxy Design, a passionate traveller and a hockey player.